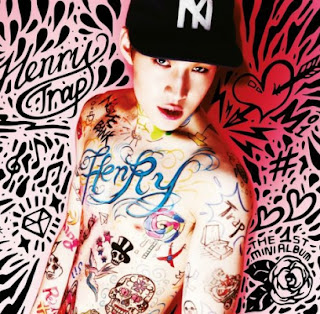 Make way because Henry is here to reclaim the hearts of fans with his solo debut this time!

In addition to the title track "Trap", his mini album also includes "1-4-3 (I Love You)" by his own composing team Noize Bank that describes the story of a guy who hasn't completely mastered the Korean language falling for a Korean girl(Henry is this about you?); "My Everything", a medium tempo R&B pop song; "Ready 2 Love", a self-composed song by Henry; "Holiday", an upbeat song that talks about wanting to escape when things don't seem to go your way; and "I Would", an emotional song (in English!) further emphasized by the piano melody ofYiruma.

To make his solo debut even more exciting, he's brought in his labelmates Kyuhyun and Taemin who both feature in "Trap". These two will also hop on stage for broadcast performances of the song starting with 'Music Bank' later tonight!